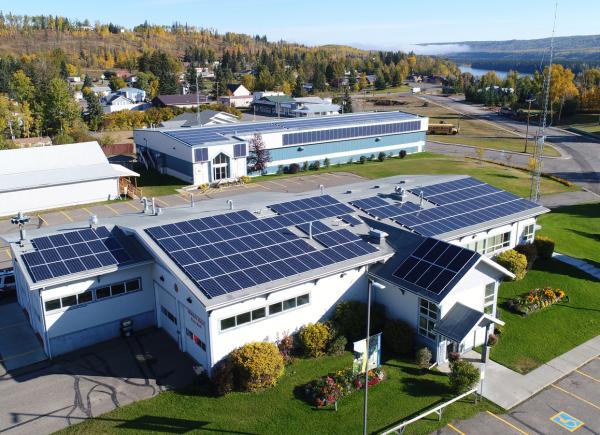 Hudson's Hope has achieved a milestone in its efforts to diversify its energy sources. As of June 2018 solar panels have been installed on nine municipal buildings, replacing between 50-100% of each building's energy needs and thus saving the district the cost of purchasing that energy from BC Hydro. Many private residences have also added solar panels to their energy systems, investing in long-term sustainable power.

Solar Panels are one of the most efficient forms of renewable energy, recovering the energy spent to construct them about 14 times, a number that increases as their lifespan does. Once working, panels produce no waste, no noise, no gases, and don't affect wildlife. So is there a catch? Before they arrive at your house the main material, silicon, is mined, processed, and cut into sheets. This process is energy intensive, but as mentioned above, a panel will replace its energy 'debt' after it has been running for a few years. Compared to oil and gas, solar panels hold a promising energy future.

The District of Hudson's Hope received funds from the Union of BC Municipalities to contract The Peace Renewable Energy Coop and Urban Systems to assess potential buildings and construct the panels. Local highschool students were hired and trained to help with the installations, and other solar training opportunities were offered, with the goal that the solar project would be operated and maintained by community members. Training in solar energy is a particularly valuable skill as solar energy increases in global popularity.

All nine buildings are tied BC Hydro's energy grid. This means that while the panels are producing more energy than the building uses, as is the case during long summer days, the excess feeds into the grid as a credit. During times of low productivity energy is taken back as a credit.

Increasingly, our lives depend on electricity. Diverse sources make energy use resilient, able to withstand disruptions and changes. Solar panels are one way to increase energy independence without relying on a generator.

Want to get involved? Visit the Peace Energy Coop to learn how you can contribute to green energy or install your own solar panels.

Learn more about how solar panels are made

Learn about the positive and negative impacts of solar panels 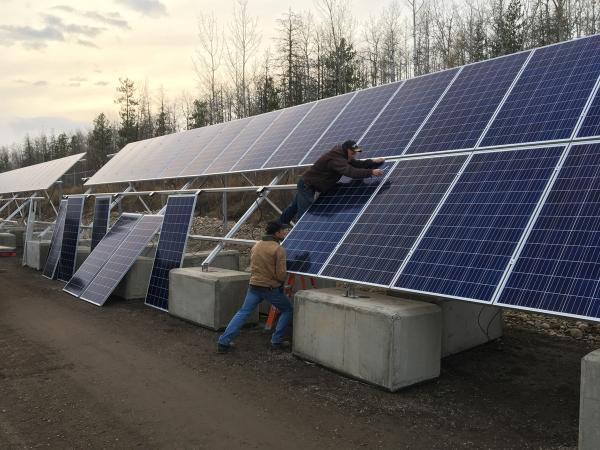